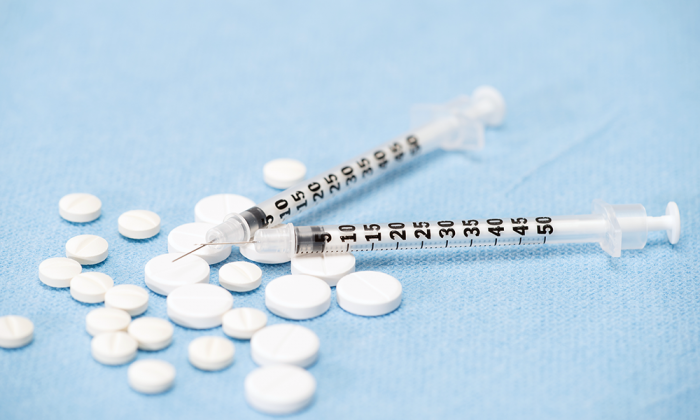 The opioid crisis has grown exponentially in recent years, leaving many primary care providers without the tools to treat patients with substance abuse disorder. So, Robert Levy, MD, Kathryn Justesen, MD, and Tanner Nissly, DO, are essential members of an opioid treatment program that has been integrated into basic primary care services at Broadway Family Medicine Clinic.

The group is hoping that opioid addiction can be treated just like other chronic health conditions, such as diabetes or hypertension. Dr. Levy, who started the program at the Broadway Clinic, explained: “The stigma, shame and guilt is much greater than with other chronic conditions. Patients are less likely to discuss it until much later on unlike patients with diabetes who are more likely to get help right away. Patients with diabetes don’t feel like they’re a bad person. Opioid addiction is a common problem that isn’t treated like one.”

Drug addiction, especially in the United States, is a uniquely complex issue. It’s difficult for people with substance abuse disorder to trust others, and many avoid treatment due to a fear of ending up behind bars. While a diabetes patient never worries about jail time for their insulin usage, many opioid addicts remain worried about penal consequences if they seek help.

I think this is needed in all communities. I saw addiction as one of the few chronic illnesses that wasn’t being treated properly. Like everything, you do need specialists, but the majority of it can be treated in primary care. I see this as a model for how primary care can help this specific illness. Addiction resources are very difficult to access. Only a very small percentage of people that need them end up getting them, so integration is the future.

This group at the Broadway Clinic is trying to exemplify how other primary care clinics can be successful nationwide. “I absolutely think it can be implemented in other places. A lot of other clinics are now doing more with substance abuse disorder. It takes dedicated providers that want to do it, and it’s imperative that we’re addressing it and doing the best we can to help the people in need,” Dr. Justesen said.

The first step is education and training for future physicians, which at the Broadway Clinic, begins during residency. Residents are familiarized with screening tools, common drug treatments and effective rhetoric when communicating with patients.

“One of the big things we want to do is open up access to care and provide a non-judgemental space to discuss all of their medical issues. All of them. Not just opioid use but mental health, too. We think it’s critical for public health in general,” Dr. Levy said.

For many years, there has been a gap in healthcare for drug addiction, which has been exacerbated by a lack of education among incoming medical professionals. Drs. Levy, Justesen and Nissly are working to bridge the gap by providing the next generation of healthcare professionals with tools for success.

We’re always looking for more opportunities to expand teaching of this across primary care and by getting other clinics involved. What we’re doing is trying to demystify the process and allow our own residents to become more comfortable doing this.

In general, opioid addiction has a profound impact on health, and it can overtake other health concerns that a patient has. This can lead to a higher risk for sexually transmitted diseases, accidental trauma or a downward spiral of overall health. Treating opioid addiction, as well as other ailments, during a single clinic visit has become increasingly crucial.

“We really try to provide well-integrated care for our patients. That includes not only the medication but also behavioral therapy, care coordination and education for both patients and their families. We have to address all of the different aspects of the disease,” Dr. Justesen said