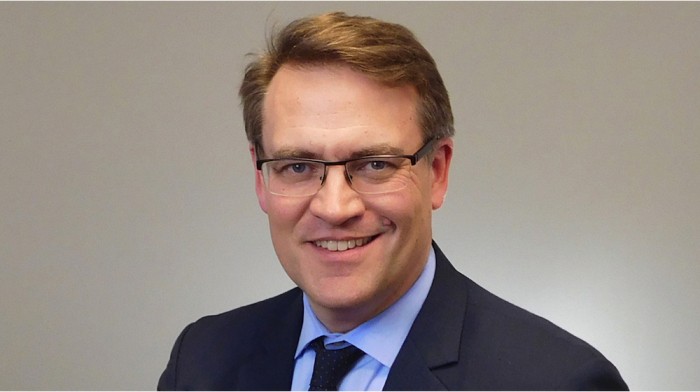 While almost every other type of cancer has seen a decline in mortality over the past several years, prostate cancer is the only major form of cancer that’s seen an uptick.

“Today, there are new treatments being developed that are prolonging the lives of men with prostate cancer,” said Charles Ryan, MD, a medical oncologist with M Physicians. “So there’s this paradox of having multiple, innovative treatments available and an exploding knowledge of the biology of the disease – and yet – the mortality is increasing.”

According to Dr. Ryan, who sees patients at the M Health Fairview Masonic Cancer Clinic, one of the potential reasons for this uptick could be the United States Preventive Task Force’s recommendation against routine prostate cancer screening, which helps detect the disease early. Because of this delay in recognizing the cancer, patients often present with a more advanced stage of the disease.

“It is possible that men who would normally get a PSA test and may be diagnosed with early stage disease would instead show up at a doctor’s office with symptoms or pain because their cancer was more advanced or had spread, because they hadn’t been screened,” Dr. Ryan said. “I think we may be seeing the after-effects of a decline in screening for prostate cancer.”

Dr. Ryan also cites growing disparities in care delivery across the country, whether stemming from racial inequity, poverty or geography.

“I think there’s a general sense in the public that prostate cancer isn’t as much of a problem anymore – but it’s a lethal cancer,” Dr. Ryan said. “It’s the second-leading cause of cancer death in men.”

Recognition of this fact, as well as the signs on when to check in with a doctor, are critical. Thankfully, there are a number of groundbreaking new findings happening in the world of prostate cancer treatment.

“We are now in a position where we have several different therapies – hormone therapy, chemotherapy, immunotherapy and a new class of drug called radioligand therapy,” Dr. Ryan said. “An oncologist treating prostate cancer has more options at their disposal than ever before, and we have a growing and deepening knowledge of the biology of the disease.”

Dr. Ryan’s 20 years of research and clinical attention has been devoted to systemic therapies for prostate cancer, including exploring genomic and genetic testing to learn more about what type of prostate cancer patients have. This is important because there are many subtypes and a host of genetic variants that make the disease incredibly complex.

“We also have multiple laboratories looking at patient-driven genetic and genomic factors that help us to identify the disease on an epidemiological and biological basis,” he said.

“There’s also a growing emphasis on how to help patients live well while receiving treatment, which is a key area of interest for me and my research,” Dr. Ryan said. “We have a number of programs working on that.”

One facet of his research looks at how novel hormonal therapies may be associated with changes in cognitive function and, even, an increased risk of developing dementia.

“We’re doing functional MRI scans where patients do tasks while receiving hormonal therapies for prostate cancer to see how the brain is affected by treatment,” he said.

He and his team work closely with the Prostate Cancer Foundation, which helps fund some of this innovative work. They’re also looking at protecting general health and how it may affect prostate cancer outcomes.

“Because prostate cancer is a disease driven by hormones and variations in hormone metabolism, things like diet and exercise are critically important for men with the disease,” Dr. Ryan said. “We are one of a handful of sites doing exercises in patients with prostate cancer, looking at how it not only affects the body and quality of life but also how it may affect the outcome.”

This global action plan, in which Dr. Ryan plays a key role, is exploring how physical activity may actually alter the biology of the disease and make it less lethal.

“We are looking at whether or not exercise, coupled with standard treatments for advanced disease, may reduce the risk of cancer worsening or death,” Dr. Ryan said.

When to See a Doctor

For patients concerned about their risk, early and frequent screening is vital, combined with maintaining healthy habits like diet and exercise.

“Men with a family history of prostate cancer should talk to their doctor about getting screened,” Dr. Ryan said.

Additionally, Black men have a slightly higher risk of developing the disease and may experience more aggressive forms. Patients who have a family history of breast, ovarian or pancreatic cancer may also be at a higher risk. Identifying symptoms is also challenging.

“Symptoms might include difficult or painful urination or blood in the urine,” Dr Ryan said. “The reality is that most people don’t have those symptoms when they’re diagnosed, which makes it even more complicated.”

The depth and breadth of research being done at the U of M Medical School directly translates to improvements in clinical care across M Health Fairview’s many sites in the Twin Cities metro and beyond. Patients from Maple Grove to Wyoming can now access more comprehensive, cutting-edge care – part of the mission to serve the state of Minnesota.

“We’re all integrated around how we talk to patients, how we prioritize, what therapies we use and what clinical trials we help them enroll into,” Dr. Ryan said. “For me, someone who has made his life work the study of prostate cancer and treating thousands of patients, this is what makes a place like the U of M special.”