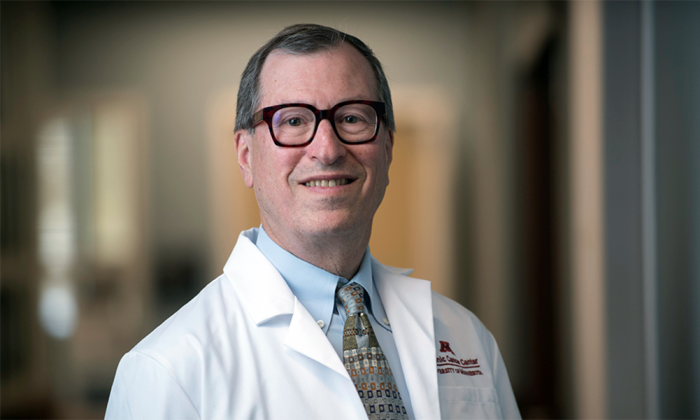 “Recognition by my friends and colleagues in the Twin Cities Medical Society Foundation is a great honor,” Dr. Weisdorf said. “I'm proud of my long-term practice in our community where the standards of medical care are so high. I've been lucky to enjoy my career at the Medical School and to have had the chance to share patient care with many professional peers in the region.”

Dr. Weisdorf received his medical degree from the Chicago Medical School. He completed an internship and residency in Internal Medicine at Michael Reese Hospital, followed by a fellowship in Hematology/Oncology at the U of M Medical School. He joined the faculty of the Medical School in 1978, and later, became the chief of the Department of Medicine’s Division of Hematology, Oncology and Transplantation, where under his leadership, the specialties of Hematology, Oncology and Transplantation were combined into one division — the first such program in the country. Beyond his work in the clinic, Dr. Weisdorf has published more than 700 manuscripts and 24 book chapters, all regarding translational research on stem cell transplantation, where he is considered a world expert on graft versus host disease.

The TCMSF press release shares a quote from one of Dr. Weisdorf’s colleagues, “Dan is one of the most talented physicians I know, and his steadfast efforts have touched thousands of lives, made quality-of-life survival from cancer better and internationally impacted the standards of bone marrow transplant practices.”