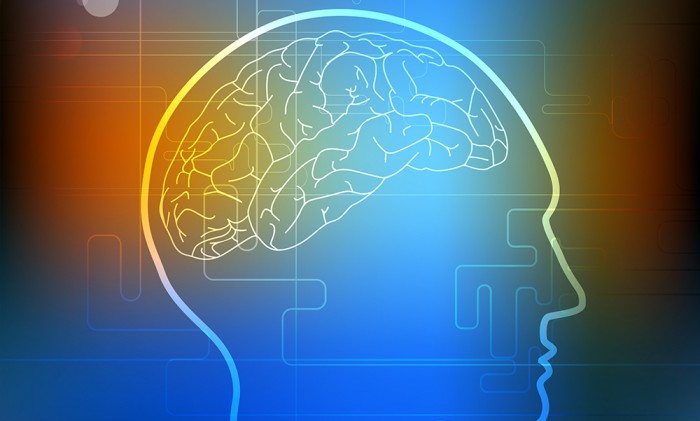 The National Alliance on Mental Illness defines psychosis as “disruptions to a person’s thoughts and perceptions that make it difficult for them to recognize what is real and what isn’t.”

Psychosis can include hallucinations—seeing, hearing, smelling, tasting or feeling something that is not real—paranoia, delusions or disordered thoughts or speech. For the estimated 100,000 adolescents and young adults who experience a first episode of psychosis each year, the symptoms can be confusing and downright frightening.

Psychosis often presents itself first when patients are in their teens or young adulthood, which is why James believes it’s a critical time to get involved.

“What I really enjoy about the first episode program is helping people recover and develop meaningful lives. It’s super exciting to see former clients succeeding in college or working steady jobs and building relationships that are fulfilling.”

Identifying early signs of psychosis in teens and adolescents can be incredibly difficult because the most subtle symptoms can mimic those of young adulthood. Often, teens and adolescents have psychotic symptoms for more than a year before receiving treatment, according to the National Institute of Mental Health.

“If you notice someone isolating themselves more than they typically would, it can be a red flag,” James explains. “If there are changes in sleep patterns or if their eating habits alter dramatically, those can also be early warning signs.”

She continues: “It might not always be oversleeping. Some people experience the inability to sleep for multiple days in a row, while others experience preoccupations about a specific topic or nervousness. Changes in hygiene can also signal distress if individuals are having difficulty showering, brushing their teeth or changing their clothes regularly.”

James talks about “negative” or “lack of pleasure” symptoms like low motivation, low energy or not enjoying things one used to. And, she mentions cognitive symptoms that include memory gaps, difficulty communicating or problem solving.

As the disorder progresses, symptoms become even more concerning.

James details “ideas of reference,” which is the false belief that irrelevant occurrences or details in the world relate directly to oneself. People will find hidden meanings in things they see or hear or read irrational meaning into situations. A person sitting on a city bus and believing all the other passengers are talking about them is an example of this type of delusion. Similarly, people may experience paranoid delusions, causing feelings of suspicion or mistrust of others.

James also talks about “Capgras delusions,” where people think their loved ones are not themselves or have been replaced by an imposter. The resulting confusion can lead to anger or stress toward the perceived imposter.

“There are several types of delusions, but individuals can also experience hallucinations,” James explains. “Visual hallucinations occur when an individual sees something other people aren't, such as shapes, shadows, people, or other objects. Auditory hallucinations can range from a sound to a conversation. All of the senses can potentially manifest as a hallucination.”

How does NAVIGATE treat psychosis in young adults?

NAVIGATE’s approach to psychosis is a collaborative one that prioritizes empowerment and draws upon the individual’s strengths and goals.

“Whatever their identified goals may be, it’s about collaborating and problem-solving barriers, in order to assist them in developing manageable steps toward meeting the objectives,” James explains.

The NAVIGATE process begins by collaborating with the individual and their family to define post-treatment goals. Once goals are established, the team provides psycho-education about symptoms, stress reduction, coping skills development and, ultimately, a plan to prevent additional psychotic episodes.

“One module I really enjoy pursuing with individuals is called ‘processing the episode’,” James says. “We utilize narrative therapy to allow the person to share their story from  symptom onset until today, and how they got through those really difficult times using resiliency and strengths-based perspectives. It can be incredibly empowering to look back at the struggles they overcame and their innate ability to persevere.”

A big differentiator of the NAVIGATE program is that individuals choose to be there and are empowered to choose their own path to recovery. Once a relapse prevention plan is in place, individuals move into one of several modules, depending on the goals they’ve set for themselves.

“Interwoven throughout our treatment process is a significant amount of strength-based work, which is very important in recovery,” James says. “We give clients and families the education they need, and we collaborate with them to find what works best for the client.”

Is there a way to prevent psychosis in young adults?

A critical factor in preventing or reducing the likelihood of psychosis in young adults is reducing stress and teaching adolescents healthy ways to cope with stress when it occurs. James and her colleagues also see a connection between exercise and stress.

“Cardio and other exercises specifically help to increase healing and the progress of recovery,” she says. “Any exercise is a really great stress management skill, which individuals can proactively practice to reduce or cope with symptoms.”

But, the key is to recognize the symptoms for what they are and to seek treatment early.

“I think people have the view that psychosis in young adults may not be treatable or individuals can't live a high quality of life if they’re diagnosed with something like this,” James says. “But, research has repeatedly shown that if you can target psychotic symptoms during the first episode, individuals do recover. I've witnessed that first-hand multiple times within our program.”

Communication is crucial to understanding psychosis symptoms, living with the disorder and eventually recovering from it. James says communication is key and she encourages loved ones to check in with individuals and, if necessary, address any concerns in safe, non-judgmental ways.

“People may not realize how important relationships and friendships are in the recovery process,” James says. “I also think many individuals experience difficulties in locating specialized treatment or in identifying next steps after onset.”

If you or someone you know is exhibiting behaviors or symptoms mentioned in this article, help is available and recovery is possible.

Request an appointment with a NAVIGATE professional.