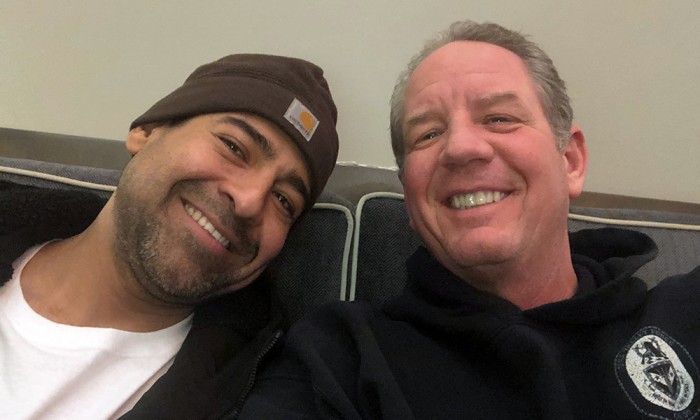 One summer night, Doug Kenyon was catching up on life with his daughter. They both sat with tears in their eyes as she told him about Juan, her boyfriend’s uncle, who was in a dire situation. His kidney was failing, and there wasn’t a donor match, leaving his life in jeopardy.

“I had no clue that kidney disease and kidney failure was even a thing. I had never heard of it, looked into it, nothing,” said Doug. The first question he asked was, “How do you even know if you can help?”

Kidneys have the longest wait time of any major organ (5-7 years), and Juan’s time was running out. Doug immediately completed a simple blood test with his local doctor to see if he was a match for Juan... he wasn’t.

Instead, Doug was able to take part in a “paired exchange,” meaning his kidney would be matched with someone in the overall organ donation system, allowing Juan to receive an organ from someone else who was his match.

“For me, it’s really simple. If you can help, why wouldn’t you? There’s risk of course, but it’s actually low-risk. Every day, I could get in a serious car accident, and so for me, accepting this small amount of risk is a no brainer.”

Raja Kandaswamy, MD, University of Minnesota Physicians transplant surgeon, explained why Doug’s decision to donate was such an important one. “It’s advantageous because it gets people with kidney disease off dialysis faster. We believe every donor should consider advance donor programs. You know, the system is able to get a kidney for your intended recipient due to the robustness of the system. Therefore, the efficiency of the whole system improves, and we encourage it whenever impossible. It’s a win-win for the donor and the recipient.”

Throughout the initial testing, Doug’s fears were negated by the comprehensive care he received from the entire team. “They do an unbelievably great job of conducting tests and educating at the same time. It’s a collaborative approach, which is really cool and great for the patient,” he said.

Kidney donations, in particular, save lives without posing a major risk to the donor. “It’s a duplicated organ. It’s like having a toy that runs on two batteries but could run just fine on one. The human body has a finite shelf life, and during that time, the chance that you need both are low,” Dr. Kandaswamy said.

Many don’t consider organ donation because it’s unfamiliar to them or because the potential risks associated with it scare them away. But in actuality, Dr. Kandaswamy says the risk is much lower than many people think. “There are always situations where a second kidney could come in handy, but the risk of donating one kidney is much less than a lot of risks that we take in everyday life,” he said. 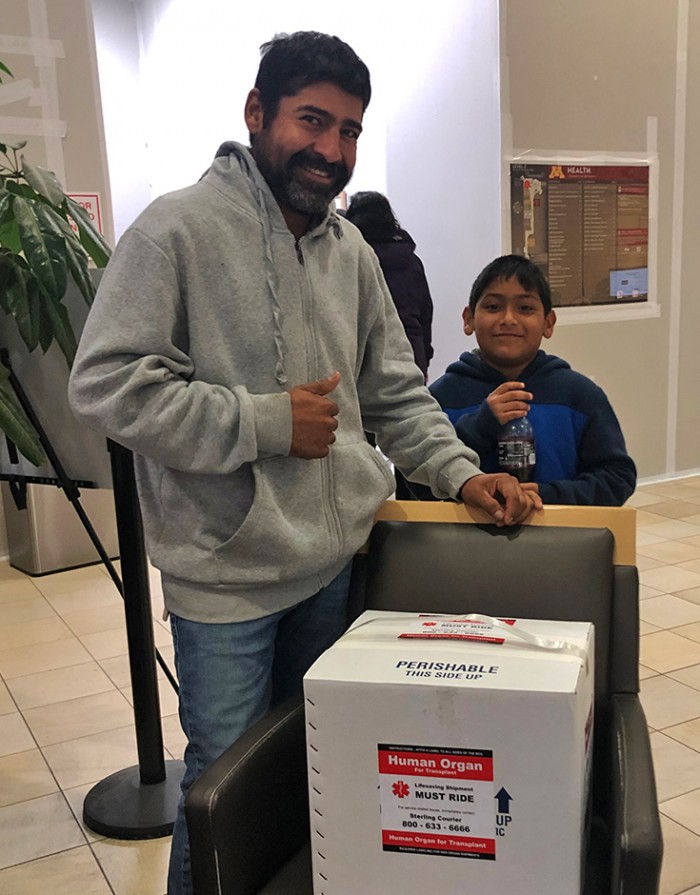 Donating an organ is a selfless act that is guaranteed to save a life. Doug’s kidney was sent to Deb, a woman in Los Angeles, which allowed Juan to receive a match from another individual in the system. Without Doug’s preemptive donation, their loved ones would have lost someone close to them.

“I didn’t even know Juan when I decided to do this, and now I do. I know his wife and his kids. When he called me the first time, I couldn’t stop weeping for probably four hours,” Doug said.

The first steps for organ donation are to discuss it with your family and friends before contacting a transplant center. Each center assesses risk and will always discourage donation if it isn’t advisable. To become an organ donor or to simply learn more, visit a few of the links below.