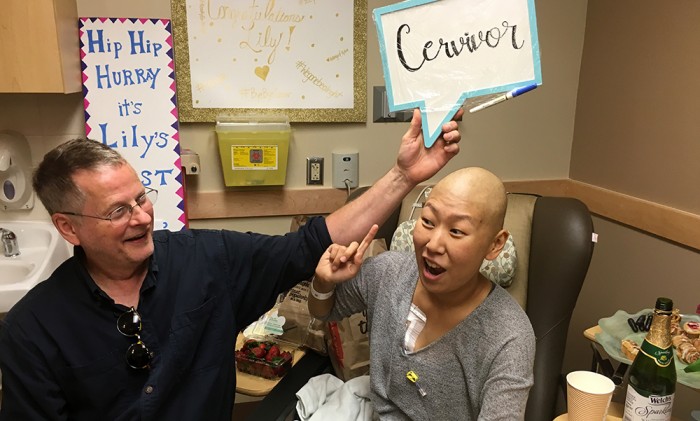 After experiencing mild pelvic and abdominal pain for nearly a year, Lily visited the doctors to determine the problem. The trip was life-changing, and an eventual diagnosis of cervical cancer at the young age of 27 was completely unexpected.

The human papillomavirus (HPV) vaccine is recommended for girls ages 11 or 12. Lily received hers at the age of 18, as it was not previously available, but by that time, she had already been exposed to the virus.

Now, years later, Lily is advocating for cervical cancer awareness with the help of Deanna Teoh, MD, MS, a University of Minnesota Physicians gynecologic oncologist. “When you hear ‘women’s cancer,’ many people think of breast cancer. One of the first things Lily said to me was, ‘nobody cares about my cancer.’ There’s no big cervical cancer awareness campaign,” Dr. Teoh said. 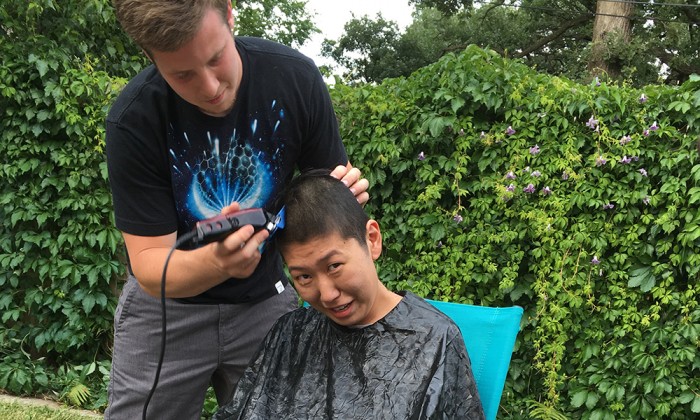 Lily wants to use her own story to advocate for others and the HPV vaccine. “It worries me that some women will be out there not getting the vaccine,” she said. Her advice is simple, but could change someone’s life. “Know your body and listen to it. When something’s off, talk to a doctor. Being an advocate for yourself is the biggest thing anyone can do.”

Cervical cancer has an impact on Lily’s life almost every day, including losing her ability to have children. She is turning her pain into a positive by starting support groups, a previously lacking resource for many.

“She’s trying to take some of the same initiatives that have been used for other types of cancer, creating situations where people can come together and have talks, discuss the medical side, the survivorship side and the quality of life issues. I think Lily is the person to do it, and it’s important to her. The more awareness we can get the better it is for everybody."

To learn more about how you can become involved, visit Lily’s website.