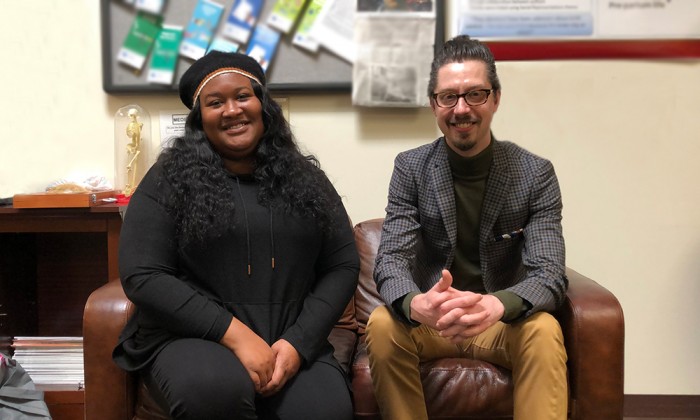 An individual’s health can be impacted by genetics, their environment and a multitude of other external factors. These external factors are often referred to as the social determinants of health. They can include employment status, as well as access to quality education, stable housing and community resources. Social isolation is now being recognized as another important and often unseen factor.

Jason Ricco, MD, MPH, family medicine physician, noticed the importance of social isolation and the need for connection among his patients, which led him to learn more.

“I began digging into the literature and discovered a growing body of evidence on the impact of social isolation on health outcomes. It turns out that social isolation is one of the biggest social determinants of health out there, and the World Health Organization has appropriately identified it as such. There is good data that being socially isolated is a bigger risk factor for premature death than smoking, diabetes or obesity.”

Social isolation isn’t a uniquely American problem, and it can touch anyone, but data regarding the issue is limited. The United Kingdom recently appointed a “Minister of Loneliness” to combat the issue, demonstrating the widespread effect that social isolation is having on modern life throughout the world.

Previously, most research on social isolation has focused on communities with elderly, white populations. Little is known about younger, majority minority populations. Dr. Ricco’s research is trying to change this with funding from the UCare Foundation. They’ve begun a pilot program in the Twin Cities that utilizes a community health worker (CHW) to serve a panel of 30 patients at Broadway Family Medicine Clinic.

“In our screening of patients at Broadway Family Medicine, we found that the prevalence of loneliness in our adult population was 44%, which is much higher than has previously been described in other studies,” Dr. Ricco said. “We found that patients who screened positive for loneliness were more likely to identify as black, have a diagnosis of depression and have a history of substance abuse. I am also suspecting that perceived discrimination and the legacy of structural racism in north Minneapolis plays a role, and I plan to study this in the future.

The CHW, LaTrese VanBuren-Thompson, intervenes to act as a catalyst and serve as a trusted relationship for isolated patients. They work to help them either reconnect with prior social networks or to foster new social connections.

At the halfway point of the 12-month pilot program, there were some powerful success stories, including a patient with agoraphobia (fear of places and situations that might cause panic, helplessness or embarrassment) who began by taking walks with the CHW and is now going to the gym on his own to exercise.

“I think we are absolutely at the forefront of work on loneliness, especially in terms of intervention, and I think we are only going to learn more about the impact of loneliness and social isolation on health outcomes in the next few years,” Dr. Ricco said. “This is exciting work.”