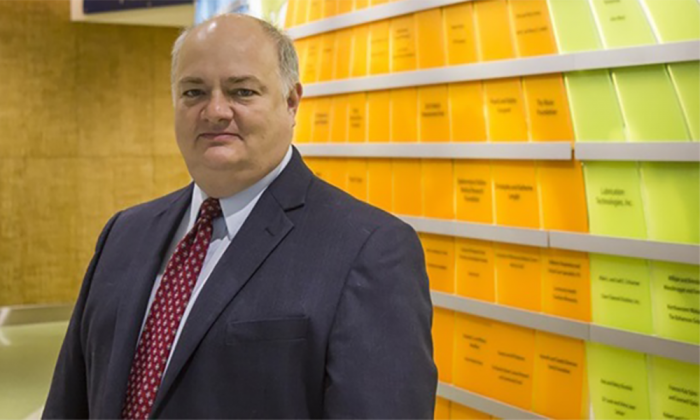 The word “rare” often invokes a particular connotation, but rare disease is not as uncommon as many people think. In the United States, a rare disease is defined as a condition that affects fewer than 200,000 people, yet there are thousands of different types of rare disease. Approximately one in 10 people have a rare disease in Minnesota, half of whom are children. Overall, there are an estimated 25-30 million Americans with rare diseases, and Paul Orchard, MD, is leading the way in the treatment for some of them.

Dr. Orchard works with the pediatric blood and marrow transplant (BMT) team for University of Minnesota Physicians. He is also the medical director of the Inherited Metabolic Disease Bone Marrow Transplantation Program.

Physicians in Minnesota continue a long tradition of excellence for this particular facet of medicine. Over 40 years ago, the first successful human BMT in the world was done at the University of Minnesota Medical School on a patient who had severe combined immunodeficiency, a rare genetic disorder that causes life-threatening problems with the immune system.

Now, gene therapy is viewed as the new frontier in treatment of bone marrow disorders. Dr. Orchard explained, “Some of the gene therapy approaches have allowed us to consider taking the blood stem cell from a child suffering from these disorders and engineer them to make their own source of enzyme. These genetically corrected cells can then be infused, as opposed to having to use somebody else’s cells.”

There is the potential for gene therapy to be used in tandem with transplants in the future, or even to replace them. Transplants using another’s cells currently pose significant risks and complications, including graft-versus-host disease, rejection and an increased risk for infections. Alleviating these risks is desirable to clinicians and patients for obvious reasons, making the implementation of gene therapy crucial for the future.

“It's an exciting time, because there is a lot of interest in developing these approaches. Many new technologies have become available, and I think in the next 5-10 years we are going to see an explosion of the utilization of gene therapy for these kinds of disorders.”

Experts, such as Dr. Orchard and many others, work with leaders in the medical industry to lead studies and launch new therapies.

“There’s a new study that just got off the ground in which only eight centers in the world are participating. There are five sites in Europe and three in the US. The University of Minnesota has the highest enrollment on the study thus far.

Dr. Orchard’s work is just one example of the diligence that goes toward advancing the treatment of rare disease. With over 1,200 physicians working for M Physicians, the organization is poised to treat all facets of medicine, including rare disease.