Hepatitis A Outbreak is a Reminder of the Importance of Vaccinations 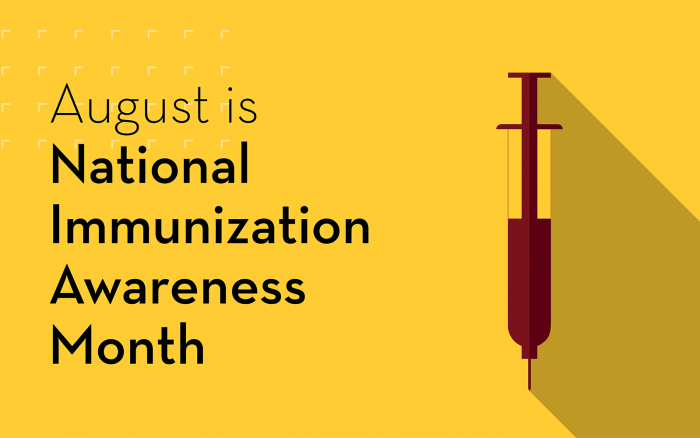 The Minnesota Department of Health has identified an outbreak of hepatitis A in Minnesota. The virus is often passed directly through contaminated food and water and is currently clustered in certain at-risk populations in the state, affecting more than 20 people across nine counties.

August is National Immunization Awareness Month, and this outbreak is yet another example of the importance of vaccination for people of all ages.

According to the Centers for Disease Control (CDC), the hepatitis A vaccine has an efficacy of 94 percent or higher after two doses. If a family has received regular pediatric care and has followed the recommended vaccination series, the risk is very low.

“The vaccine for hepatitis A is very safe and highly effective. It’s one of the best vaccines available today,” said Tyler Bold, MD, PhD, a University of Minnesota Physicians physician-scientist trained in the clinical subspecialty practice of infectious diseases.

In the past century, several major diseases have become preventable because of vaccines. Polio, diphtheria, tetanus, pertussis, and certain forms of bacterial pneumonia and meningitis have all been impacted by vaccines becoming readily available to the public. Humanity significantly extended the average lifespan during the 20th century.

Even though significant improvements have been made, there are still many diseases for which there are no effective vaccines, such as HIV, malaria, and tuberculosis. “Tuberculosis is the number one infectious cause of death in the world. A big part of that is we have no effective vaccine,” said Bold. “There are effective antibiotics, but they are hard to administer and take months to work. On the other hand, a good vaccine could prevent the infection from ever happening in the first place. The best ones can be given once or twice in childhood, and that protection should last for the rest of the person's life.”

Also, there is the potential for infectious disease to recur within unvaccinated populations or because of antibiotic resistance.

“This current environment of resistance to vaccination we are witnessing exists in this period of short term memory where the real triumphs of vaccination have been forgotten to some degree."

Marc Jenkins, PhD, a Regents and Distinguished McKnight University Professor in the Department of Microbiology and Immunology at the University of Minnesota Medical School

There are an estimated 20 million cases of measles and 197,000 deaths from measles each year worldwide. The CDC reported that almost all cases of measles in the United States affect those who were not vaccinated.

“From the standpoint of someone who studies infectious diseases, it's important for people to realize how much of a threat even a few cases of measles can represent. While it might not seem that big a deal for a community or society—I can assure you it is. Measles is one of the most contagious pathogens we know,” said Bold.

Immunizations ensure that pathogens are unable to spread and help keep the general public in good health. “I’m inspired by the potential of immunology and vaccines to transform people’s lives,” stated Bold.